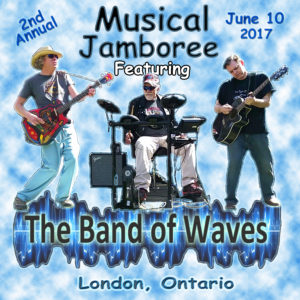 On a beautiful, but scorching hot Saturday afternoon in June, The Band of Waves hosted their second annual musical Jamboree in front of an enthusiasic crowd of family and friends. They played the tracks from their recently recorded album as well as some new material. After three sets they called it a day. However the party still continued as the crowd was also assembled to celebrate the bands drummer, Uncle Freddie’s birthday.